Still got 22MM+ unemployed who are growing testy seeing the data for themselves... 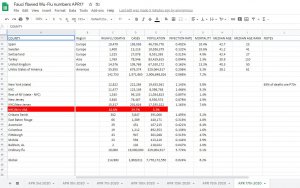 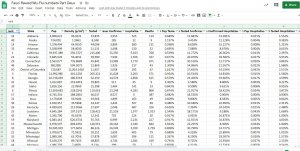 
open and outright sedition from the media now...
Click to expand...

Just have the media contact the Deep State, it's already there.
Reactions: Alexander Lau
•••

Dr. V.A. Shiva Ayyadurai, the inventor of email and polymath, holds four degrees from MIT, is a world-renowned systems scientist, inventor and entrepreneur. He is a Fulbright Scholar, Lemelson-MIT Awards Finalist, India’s First Outstanding Scientist and Technologist of Indian Origin, Westinghouse Science Talent Honors Award recipient, and a nominee for the U.S. National Medal of Technology and Innovation.

In 1978, as a precocious 14-year-old, after completing a special program in computer science at the Courant Institute of Mathematical Science at NYU, Ayyadurai was recruited by the University of Medicine and Dentistry of New Jersey (UMDNJ) as a Research Fellow, where he developed the first electronic emulation of the entire interoffice mail system (Inbox, Outbox, Folders, Address Book, Memo, etc.), which he named “EMAIL,” to invent the world’s first email system, resulting in him being awarded the first United States Copyright for Email, Computer Program for Electronic Mail System, at a time when Copyright was the only protection for software inventions.

Today, he is the Chairman & CEO of CytoSolve, Inc. CytoSolve provides a revolutionary platform for modeling complex diseases as well as for discovering multi-combination therapeutics. His recent efforts at CytoSolve have led to an FDA allowance and exemption for a multi-combination drug for pancreatic cancer, development of innovative nutraceutical products, as well as numerous industry and academic partnerships. Ayyadurai’s earlier research on pattern recognition and large-scale systems development also resulted in multiple patents, numerous industry awards, commercial products such as EchoMail, and scientific and industry publications. He serves as Executive Director of the International Center for Integrative Systems (ICIS), a non-profit research and education foundation, located in Cambridge.
••• 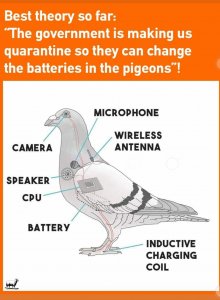 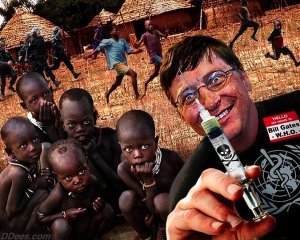 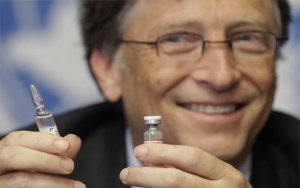 Data Science Predicts a “Return To Normal” For Each State - Empower

There is no more mission creep - it's full implementation now. Papers please! Where's your immunity card!?!?!

I like the phone apps better. Places like Australia are having everyone install a phone app, which talks to everyone else's phone app using short range bluetooth. Anyone who spends more than 15 minutes near another person gets tagged, then alerted if anyone they were near gets the rona.

I'm sure everyone will remember to uninstall it later and not be tracked forever by the government's new citizen mesh tracking system.
Reactions: Chris Cachor
•••

craigh said:
I'm sure everyone will remember to uninstall it later and not be tracked forever by the government's new citizen mesh tracking system.
Click to expand...

Not all apps uninstall the same.
Reactions: Jeff Kershner
•••

"President Xi Jinping, your embassy in Berlin has addressed me in an open letter because we asked in our newspaper, Bild, whether China should pay for the massive economic damage the coronavirus is inflicting worldwide. Please, let me respond."

According to the journalist, Jinping wouldn't be president without his use of surveillance because China monitors every citizen's actions but refuses to monitor the country's wet markets.

"You shut down every newspaper and website that is critical of your rule, but not the stores where bat soup is sold," Reichelt said. "You're not only monitoring your people, you're endangering them, and with them, the rest of the world."

Reichelt explained that Jinping's ruling and monitoring stifles creativity and invention, which is why China is the number one country in the world for intellectual and property theft.

"China enriches itself with the inventions of others instead of inventing on its own. The reason China does not create and innovate is that you do not let the young people in your country think freely. China's greatest export, that nobody wanted to have, but which has nevertheless gone around the world, is corona[virus]," he said. "You, your government, and scientists had to know long ago that corona is highly infectious, but you left the world in the dark about it. Your top experts didn't respond when Western researchers asked to know what was going on in Wuhan. You were too proud and too nationalistic to tell the truth, which you felt was a national disgrace, and now, which became a global disaster."

Reichlet brought up a valid point: it has been reported that the Wuhan coronavirus came from a lab, where the Chinese were testing and studying the virus in bats. Why weren't the labs secure? Why weren't they as secure as the prisons China holds political prisoners in?

I suppose Frau Merkel will chastise him and charge him with a hate crime...best thing that could happen to him probably.
Last edited: Apr 21, 2020
•••