Elon Musk and Tesla want to go factory direct and kill the Automobile Dealership Business as we know it.

The VA DMV and the state dealers association has ruled that they cannot operate factory owned dealerships here. VA has some pretty strong franchise rules in place to protect the dealers interest, as do other states. 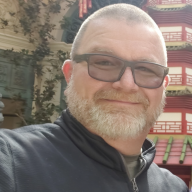 I am pretty sure NC has also said they cant any longer, they have sold 11 into the state. But I have to ask are there things they are doing that franchise dealers can learn from?

Perhaps I am too simplistic but if people REALLY wanted to do away with haggling they would. Saturn would still be around. When you have a vehicle as exclusive as a Tesla with all the fanfare, you don't need a traditional dealership. Wait until they get (if) competition and see what happens. As far as I know, I have never seen O.B.O. on the Monroney so I am curious where the public THINKS they should brag about how little they pay for their car and how much they paid for their home. 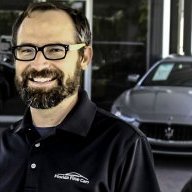 I love this topic. I even registered on Disqus to join the fray on the CNNMoney article <-nerd

I don't think the problem with Saturn was the 1-price, it the was the cars and maybe the processes. Let's be honest, the last two-three years of Saturn were the only years they had anything attractive in their lineup. Sorry to offend you early-mid 90's L-Series owners out there but they were abominable. I remember going to a Saturn dealer in the early 90's and salespeople were inviting customers to try to dent a test panel. Maybe they were just too far ahead of their time in their strategy. Maybe they were in such uncharted waters, the Chuck Yeagers of the Auto Retail Industry, they were making up as they went. I was too young and know little about the early years but just my speculation...

And people bragging about how much the didn't pay for a vehicle is a product of all the years Dealers (not manufacturers) got away with making a lot of money. Consumers were not equipped with knowledge/research then like they are today. And lest we forget that they're only equipped BECAUSE of that past.

As far as bragging about how much people paid for their houses, I think that has changed somewhat too since the housing debacle. At least for me, I love telling people how little I paid compared to previous owner. This is true for a lot of things. Ever see these couponing shows? It's not just on TV. I know plenty of people bragging about how much they bought and how little they paid. I see them in stores ahead of too in line. Groupon, RetailMeNot.com, SlcikDeals.net, etc. etc. etc.

I know I probably sound anti-dealer, I'm not, after-all my own well being is funded by the business! That said there are more consumers than dealers, and ultimately they will dictate how this shakes out. Like I commented in that article comments section; if Nature's Own started putting ATM-style Bread Machines on the streets where consumers could by bread for $1.80 instead of $3 and Publix/Winn-Dixie/Supermarket giants came together and said "No, you can't do that, that's not how it's done, you cannot do business in this state" it would be ridiculous. But that's what is happening.

hahaha Jamie, in a weird way you nailed it, you wrote:

"if Nature's Own started putting ATM-style Bread Machines on the streets where consumers could by bread for $1.80 instead of $3 and Publix/Winn-Dixie/Supermarket giants came together and said "No, you can't do that, that's not how it's done, you cannot do business in this state" it would be ridiculous. But that's what is happening."
​
Well... sorry bud, but I can tell you've never been in business.

If I was a Publix Exec and Nature's Own put in Vending machines selling branded products in my areas and retailed them for nearly 1/2 price, I'D SHUT THEM DOWN IN 2 SECONDS AND NOT PAY THE REMAINING BALANCE OWED until I made them sweat and beg for mercy.

I represent 1million product sales per month, I have 6 million units in inventory (incl'ing warehouses) and you want to do what????


Reality check:
What Tesla wants is to keep the profits for itself. Tesla knows that the car will need VERY LITTLE maintenance (relative to gas cars). If Tesla can do that, It can offer far higher tradein allowances (from far lower overhead). 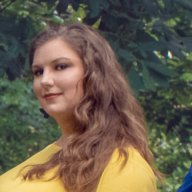 I read a great article the other day on Tesla and their sales model. Starting out as a corporate store sounds great to a business person - as noted, to keep all profit. And yes, American dealers have their issues. I even seem to remember Ford tried to do their own thing a few years back...just to sell the business back to owners at pennies on the dollar.
The article noted Germany as a great study on factory stores and franchise dealers in the same economy. Yes these electric cars have far fewer pieces to break and fixed-ops won't be the income source it is for us. But, if Tesla wants to grow and begin selling cars in any volume, they will need to look at the franchise model in a different light. New cars don't pay the bills at most dealerships.

I need someone to help me understand the logic of America borrowing $7500 from China to give to mostly wealthy consumers to purchase $75,000 automobiles.
Reactions: 1 person

Elon and Co. are targeting Texas for a truck plant. The TX Legislature is a notoriously goofy bunch. Will it be built within one year? Probably not. Will the conversation be different in ten years? I bet so. 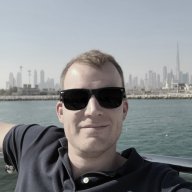 I'm not from the US, so this might be a really stupid question.. but can you buy a Tesla from out of state and register it in your state without paying anything above and beyond registration, or do the laws also prohibit things like this?