What does the future hold for the car business?

It has been over five years since I retired. I loved the car business. I don't miss it but still love being around car people.

We just went through some record sales years. The economy is booming but sales are not what I expected and margins are really weak.

I believe that during the next economic downturn, we will see a record number of dealership go out of business.

Curious to hear what people still in the business think.
Reactions: john.quinn

On the economy, in general, I think we delayed and grew the interest on a larger issue climbing out of 2008. Whenever the note becomes due the car business will play a significant part in how we move out of that one.

As for the car business, the future is in the switch from gas to electricity. Once the battery can go 500 miles on a charge, and charging is more convenient, people will begin to switch in larger numbers. Once those two things are covered AND the switch can be done around $20,000 we will quickly see the battery-powered car sales overtake gas-powered sales. What will that mean you ask?

The new car market is going to soar to all new record numbers as new cars will be the most available option for those who want a battery-powered vehicle.

Keep in mind, the car buyer is irrational. Once the trend starts on battery-powered it will be nuts. I remember how nutty people got when gas prices broke $5 a gallon. We had a 9-month waiting list on those Smart cars and a backlot full of pickups and Hummers nobody wanted. How dumb were people: trading Hummers on Smart cars. Every bit of that is not smart. I believe we'll see this same kind of mob rationale when the battery-powered trend takes off.

Diesel-powered vehicles will have a longer shelf life.

Alex, I don't disagree with anything you say.

Margins have always been low in the car business but nothing like what we are seeing today. If we were to see another recession like 2008, how many dealers would survive? I think over 20% would tank.

ddavis said:
I think over 20% would tank.
Click to expand...

Doug - you and I see eye to eye on a lot of things. You're one of my favorite people on Facebook! But I take pause with 20% because it seems drastic.

If you're talking about franchised and independent where we have 33,000ish dealerships across the US it could be. That would mean 6,600ish dealerships would shut down in the next recession. In the last one over 1,200 gave up their franchises alone. I'm not sure how many closed their doors though.

On the franchise side, so much consolidation has occurred since the last recession that things might be more stable now. More groups own more franchises than single point franchise owners. Groups usually have more assets to keep poor performing stores afloat. 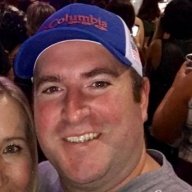 I think the next 3-5 yrs will see dealers rely more on fixed-ops as the sales super cycle is on the tail end now. Even if the Fed cuts soon - I don't see demand changing a whole lot. Right now OEMs are smart to focus on profitable vehicles that sell until they understand where the markets are going.

I think after that - it's going to be a really challenging time for automakers around the world. In my opinion China's strategy to be the leader in EV's has less to do with pollution than it does being the leader in EV. They're going to catch most automakers with their pants down, just like they did telco companies with 5g. It's an extremely capital intensive business as it is - so I think there's going to be pretty considerable consolidation required just to compete/survive.

I think if there's any dramatic change in the car business it's going to be a direct result of that period above - and my best guess is we're going to have less franchises for a period of time and then another brand expansion once the industry matures. The biggest unknown to me is the service business for EV's.

Like Alex said too, I think the used market is going to take a huge hit.

Over the more than 40 years in the business, I was involved with some really good sales organizations. Our competitors said our success came from giving cars away while the manufacturers complained that we would sell even more cars if we didn't hold so much gross.

In their darkest hour, Lee Iacocca was responsible for turning Chrysler around, He said, "The future of Chrysler will be determined at point of sale". Chrysler wasn't going to survive due to what happened in their board room or their production line but on the dealership sales floor.

What I'm seeing are dealerships chasing F&I profits and factory volume bonuses at the expense of ANY gross. That isn't a sales organization but a brothel. Walk-around-presentations are non existent and even demo drives seem gratuitous. The store I'm thinking about is profitable and are the volume dealer in a large market. So, WTF do I know? A good friend is just waiting to retire. In less than four years he'll be off like a prom dress. He hates what the business has become but says, "It's like that everywhere". He has been in several stores since he worked for me.

When I was active on DealerRefresh, I talked about guys that sold 30 cars a month and how challenging it was to manage them. People told me they would rather have three that sold ten. This led to some rather heated exchanges. When the recession hits, those ten unit guys will be gone. They aren't making any money now and surely won't then. I'm still a champion of talented sales professionals.

Chris, I agree there will be a dramatic change. The market is still decent and anyone can whore out cars. I don't think many have the talent.

Alex, I'm sure the groups will still be around and they might even become somewhat of a monopoly.
Reactions: Alex Snyder and Matt Holman

Not digital marketing from CDK, I know that!

Alex Snyder said:
The used car market is going to tank. We will have a gluttony of pre-owned gas-powered vehicles that will create massive disposal issues. And few battery-powered vehicles to satiate a used purchase demand.
Click to expand...

This doesn't make sense to me. Maybe in Vermont where paying a premium for "Green" is the posh economic en-vogue thing to do (but even here, outside of Burlington the top vehicle is a Pick-Up).

The ONLY thing that can drive a craze is a substantial economic benefit. IF electric = savings, then great. But I don't see cars getting substantially cheaper any day soon... or ever. Cost of electricity isn't getting any cheaper last time I checked the electric bill either.

But let's say there is this flick o' the switch to crazy-electric demand. What happens to the value of that glut of used cars? What happens when the demand for gas goes down?

There would be a wealth of cheap vehicles that are cheap to drive... awfully tempting for people who have been driving these same said vehicles all their lives. I sure wouldn't mind picking-up a low-mileage, gas-guzzling F150 for under $10K with gas hovering around $1.75... how 'bout you?

I mean... it's not like we're going from the horse to the motor vehicle -- electric cars aren't going to substantially change people's lives. With all due respect to "Green" and "Climate Change" and all that jazz, critical mass is purely a wallet thing.
Reactions: Alexander Lau

john.quinn said:
With all due respect to "Green" and "Climate Change" and all that jazz, critical mass is purely a wallet thing.
Click to expand...

I agree the only ones who would spend a dollar on a "Green" car that supports a "Climate Change" perception is someone not of the average class. This will absolutely have no economic effect on the future of most consumers' car buying. Unless some politician did something drastic to the laws.

What you're not reading in my post is the electric car getting into the $20,000 territory. That's affordable! If you have an affordable new car price tag with the benefits of not hitting the gas station wrapped in a more exciting driving experience (hit the gas pedal in an electric car) you have the recipe that converts the masses.

I read it... I just reject it as an argument

There's a reason the "Family Sedan" is quickly becoming a thing of the past. Unless we have a repeat of the 70's where everything gets miniaturized, the $20,000 PRAGMATIC new vehicle is gone. I.e. -- the F150's and Silverado's and SUV's everyone wants will never be $20,000. Unless something happens that makes metal really, really cheap... god knows you can't use plastic anywhere anymore. I do believe electric will become the dominant powertrain, but too many economic factors are at play for any "flick o' the switch" adoption.