Great article I found around the departure of Zig Ziglar. He was one of the best and will always be a favorite.

The next-to-last time I saw Zig Ziglar, I was one of 17,000 in attendance at the Honda Center in Anaheim, California, where he was speaking as part of a program of superstars, including Colin Powell, Condoleezza Rice, and Joe Montana. He was onstage accompanied by his daughter, Julie Ziglar Norman, because Zig had suffered a fall a couple of years before that and nobody wanted him to fall again, especially onstage, and especially in front of 17,000 people.

On April 15, 2011, I saw Zig again, this time for lunch, with his daughter Julie and his son Tom. From 17,000 down to four. If you love Zig Ziglar as I do, you can readily understand it was one of the greatest thrills of my life.

Zig Ziglar is one of the greatest motivators, authors, sales trainers, and inspiring figures the world has known. Millions have read his books and listened to his recordings, and they became, as a result, better salespeople, better spouses, better parents, better people. His mellifluous baritone echoes through the mind of anyone who has listened to him speak. His values harken back to a better world, where integrity was the watchword, where faith mattered, and where sales was a profession in search of a champion.

Zig was their champion. He grew up one of twelve children during the Depression, on a farm in Yazoo City, Mississippi, and his father passed away when he was five years old. By age six, Zig was earning his own money, and selling, mowing lawns. He used that money to buy his first suit, which he wore to church. By the time I met Zig face to face, he had been selling—lawn mowing services, pots and pans, sales training, personal development, and the ideas of his Holy Bible, for 79 years. “You must be married,” Zig said, as we were introduced. “I can tell by how nicely you’re dressed. Only a married man could dress that nicely.”

At lunch, Zig leaned over to me and said, quite seriously, “Never say anything negative about yourself.” It sounds so obvious, but we all do it all the time. If we don’t see ourselves as wondrously made, as Zig likes to quote from the Bible, who will?

I asked Zig what caused him to make the transition from sales training to motivational speaking. His son Tom explained that Zig studied the success of his students, and he realized that only 20 percent of it was due to technique. The other 80 percent was due to reputation and character. So that’s when Zig began to focus on those issues and not just talk about selling.

But don’t estimate old Zig on sales. He’s forgotten more about sales than most of us will ever know. One of his most enduring stories involves his son Tom, who at the time was contemplating a career as a professional golfer. Zig and Tom were playing a competitive round of golf and Tom needed a long putt to drop in order to win the hole. He made the putt, and then he asked his father, “Dad, were you rooting for me?”

As only Zig can say, in that honeyed Southern drawl, “Son, I’m always rooting for you.”

As massive as Zig’s audience was, the publishing industry didn’t think him worth a shot when he wrote the book I found many years later in that furniture store, See You At The Top. By then, Zig had been providing sales training to the Mary Kay Company. Mary Kay Ash was such a devotee of his, Tom told me at lunch, that she told Zig that if he were to self-publish the book, she would buy the first 10,000 copies. Those initial 10,000 sales mushroomed into millions upon millions of books, since Zig has now authored 26 books in all.

I had the extraordinary privilege of editing Zig’s last book Born To Win. I’ve edited or coached hundreds of writers, and it was an uncanny, almost out-of-body experience instead of quoting Zig to people, talking directly to Zig, and making suggestions—how dare I?—to improve his manuscript.

It means the world to me that I was able to meet him face to face at lunch with just him, his two grown children who work with him, and me, and tell him that he made me a better salesperson, a better husband, a better father, a better believer, and a better man.

As I headed out to drive to the airport, Zig took me by the hand and cautioned me to drive carefully.

“After all, most people are caused by accidents,” he warned, with mock solemnity. 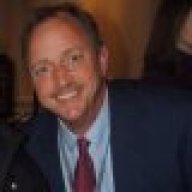 If you have done zig ziglar training.. Up to is familiar

Jeff, all good but I like this the best, "Timid salesmen have skinny kids.". I had the pleasure of meeting him years ago. If he isn't in a class by himself, it doesn't take long to call the roll.
E

One day I asked why Charlie Scott was always in such a hurry.

Mr. Anderson responded,
"Charlie is working for a raise - and he's going to get it."

I asked him how he knew and Mr. Anderson replied,
"I know he'll get a raise because if the man he's working for doesn't give it to him, I will." 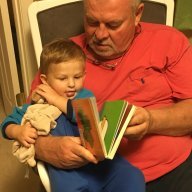 It's been 35 years but it seems like just yesterday I would jump in my demo (we all had demo's back then ), pop in a Zig Ziglar cassette and make the 30-40 minute drive into the dealership. It was a given that the first up I took that day was going home happy in a car they bought from me. Zig Ziglar and his teachings had more influence on my career and my life than any other public figure. Any young person who wants to be a better person would do themselves a favor to stock up on Zig audio and listen, listen, listen. His passing leaves a huge hole in the ranks of those who's lives are devoted to helping his fellow man achieve and succeed at every level, not just professionally, that can never be filled. Heaven just became a much better place.