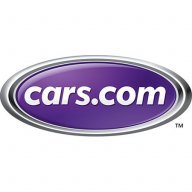 Millions of consumers spend time on Cars.com (NYSE:CARS) each month to shop, research and validate automotive purchase decisions. Today, the company debuted its Cars.com 2017 Year in Review list, which was compiled by mining and analyzing the site’s deep well of real-time behaviorial data to determine how consumer car-shopping patterns are affected by current events, pop culture news and other key moments in time from the past year. The data-driven insights reveal clear connections between how seemingly unrelated offline events drive online actions.

1. 2017 was a huge year for new model launches, but Americans can’t get enough of their pickup trucks.

The top three shopped vehicles of 2017 were the:

2. As millions of women marched across the country on Jan. 21, car shopping stalled – signaling the shift in car-purchasing power to women.

More than 60 percent of women are the sole decision makers when they go car shopping.¹ Not surprisingly, on the day of the Women’s March, shopper activity was down 8.4 percent.

3. Football fans put down their wings during the Big Game to shop for cars.

4. Cuffing season ends with an uptick in car shopping, but Halloween frightens shoppers away.

5. The country’s top cities for St. Patrick’s Day celebrations suffered from a major car-shopping hangover. Kansas City seems to have celebrated a little too hard.

6. It’s no surprise that Angelenos clocked the most searches for eco-friendly vehicles on Earth Day, but Chicagoans were feeling extra green this year, coming in second.

The top five U.S. markets that searched for eco-friendly vehicles on Earth Day 2017 were:

7. American consumers went dark during the 2017 total solar eclipse as eyes were to the sky from coast to coast … except for those shopping the out-of-production Mitsubishi Eclipse.

During the roughly 90 minutes (11 a.m. to 2 p.m. Central) it took for the eclipse to travel the 2,600 miles across the continent, page views were down 15 percent week over week. There was, however, a 62 percent uptick in searches for used Mitsubishi Eclipses and an 11 percent increase on new Mitsubishi-brand vehicle searches.

8. Like everything else, car shopping has gone mobile, and Louisiana and New Jersey top the list of highest mobile shopper activity for new and used vehicles, respectively.

The top five states with the highest used-vehicle mobile shopper activity were:

9. Hurricane Harvey interrupted auto sales for several days before Houston shoppers returned to dealerships to replace waterlogged vehicles and spur a more than 100 percent increase in share of new-vehicle sales in the first 20 days of September.

Hurricane Harvey made landfall in Houston on Aug. 25. Houston’s share of national new-vehicle sales were up more than 100 percent in the first 20 days of September versus July (the month before the storm).

The top moments identified in Cars.com’s 2017 Year in Review were measured by analyzing impressions of new- and used-vehicle inventory pages, page views and searches on the site between Jan. 1 and Nov. 27, 2017, to get to total new- or used-vehicle shopper activity. The aggregated data was analyzed, ranked and segmented by major markets, states, makes or models, depending on the key moment. The time spent car shopping on Cars.com properties was calculated using data from comScore Media Matrix Multi-Platform from Jan. to Oct. 2017. 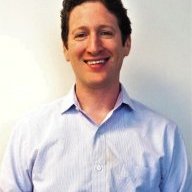