Giving Too Much Away 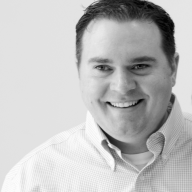 You’re probably thinking to yourself oh, great another essay on making gross. Well, you’ve come to the wrong place. That path is too well worn. And, frankly, giving away too much gross is the least of your worries. Most dealerships are giving away their very business, one piece at a time.

The same people who write about giving away too much gross create a scary narrative around the disruptions of technology. You know, how the Internet is the devil, lead providers are vampires, online buying centers are a sign of the apocalypse, Tesla is going to put dealerships out of business, and the list of ghoulish things goes on and on. It’s not the technical progress that is creating this disruption. It’s the fact that dealerships keep creating openings for these disruptions to fill.

One of the Oldest Tricks in the Book

As a product of business school, as well as experience in venture capital and business incubation, let me tell you that it’s a time-tested strategy to find a foothold in someone else’s business. Discover a weakness or an underserved audience. Find a small crack in the armor. Fill it will something less expensive, more capable, or a mixture of both. Figure out a way to monetize it. Voilà! You have a business.

Need some examples? What if IBM pursued its own graphical user interface? What if Kodak went chips-in on digital imaging? What if Blockbuster streamed videos over the Internet? They had a chance and they didn’t take it. Instead, savvy outsiders were able to identify weaknesses, offer up more relevant products and services, then they broke those virtual monopolies from the inside out.

Thanks to a mixture of tradition and a host of laws, American auto dealers have a protected monopoly on selling new vehicles. Despite this widely known fact, it hasn’t stopped intrepid entrepreneurs from exploiting the franchised dealer model. From CarOrder.com to CarsDirect.com, to TrueCar to Tesla, there is no shortage of companies that want to take a bite out of the dealership business. More importantly, and often overlooked, there is almost an insatiable amount of investment capital available to finance these retail killers. Despite 20 years of failing to break the monopoly, plenty of companies are still being funded to become the next Microsoft, Canon, or Netflix of retail automotive.

As Anthony Kiedis drones “give it away, give it away, give it away now” on an alternative rock station in Somewhereville, USA, a dealership surrenders something that was theirs. Today, it’s online retailing. Yesterday, it was lead generation. The day before, it was their online presence. Prior to that, it was pricing, inventory, chat, training, process development, human resources, etcetera ad nauseam. Many stores don’t even truly own their own @#$%ing data. An invisible transition slowly, yet insidiously, happened. Companies that once existed as mutually beneficial partners to dealerships started replacing valuable employees for dealerships. It all starts with a simple phrase: “Can’t you just do it for me?”

There is no doubt that running a franchised dealership has gotten extremely complicated. Hiring personnel that’s compatible with traditional management philosophy is proving to be nearly impossible. The cost of vehicles has far outpaced the growth of average wages. The exponential growth of information and technology continues to warp consumer behavior. Manufacturers are becoming increasingly detached from their dealers, creating more strain on their sales network than ever before. It’s all of this, and much more, that’s creating the tiny cracks and fissures for others to fill. As the complexities go up, the urge to just have a third-party do it for dealerships becomes super attractive.

As dealerships continue to concede more control, it creates a vacuum that’s being filled by entities that don’t have the dealership’s best interests at heart. Instead of taking free Google training, it’s easier to hire an SEO company that’s gone through the exact same free Google training. Instead of investing in leadership inside the dealership (even though you can’t spell dealership without leadership), it’s easier to hire a trainer with a tiny fraction of real-world experience. Instead of pushing back on the manufacturers, as the sole purchaser of all the new vehicles, it’s easier for dealerships to have vendors foisted upon them, along with arbitrary targets, extortive incentive programs, and district managers checking a box for the next promotion. As dealerships continue to give, a distant line keeps forming, ready to take.

Dealerships are at a crossroads, whether they believe it or not. This “fix it for me” mentality has created real monsters in the face of imaginary threats. If they’re not willing to take back what is theirs, they will cede control. As Teddy Roosevelt said, “it is only through labor and painful effort, by grim energy and resolute courage, that we move on to better things.” This means cracking a sweat. But, sometimes it means just doing your job.

As digital retailing takes the 2019 topic of the year, let’s use it as an example. Back in 2007, my wife was wrapping up veterinary school, and I was traveling out of state for work three weeks out of every month. We didn’t have time to purchase a vehicle in the traditional way. Luckily, my old dealership allowed customers to handle transactions over the phone, through email, and a device called a fax machine. It didn’t take a slick digital retail tool, e-contracting, or some website widget. Just a willing dealership. I went on to lease another new vehicle, and purchase two used vehicles, site-unseen, from three different dealerships, in three different states. The only technical enhancements were the addition of SMS text and Facebook Messenger. That’s it.

Despite being separated by a mean distance of over 600 miles, these dealerships shared a common trait. They weren’t the dealerships that are typically featured in magazines, highlighted by the NADA, or part of some mega-dealer conglomerate. They didn’t have bleeding-edge technology, with close vendor support, and an infinite budget to discover the latest and greatest thing. Quite the contrary. Instead, they had strong leadership, with a willing team, and the courage to color outside the lines. They cleared a path for us to purchase, without the need to sell us a darn thing. They put in the work themselves without passing control to any outside party. It was the people that made all of the difference.

No one knows car buyers better than dealerships. Not a manufacturer. Not a silicon valley startup. Not a data aggregator. As more general managers and dealer principals become comfortable with trading ease for control of their business, I look to others to become bold and take the reins back from the infiltrators. It is the people inside the dealerships that use the tools, that execute the process, and make customers smile. It all hinges on them. Dealerships need to stop giving too much away. Otherwise, they’ll find themselves competing against someone, or worse yet, something else.
Reactions: Jeff Kershner, Brittany and ryan.leslie 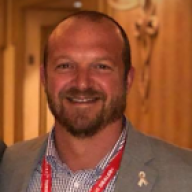