What is there to discuss?
It is what it is, everybody still has to find a way to steal a bigger piece of the pie!
I personally never worried about the small things, we know the markets better than the OEMs.

The discussion is about the PPC market, where OEM's are bidding on the dealer's name.
Last edited: Mar 20, 2014
Reactions: 1 person

Manny Luna said:
...This data indicate that you are actually better off being #7 in the SERPs with a long tail phrase, compared to being #2 with a head (1 or 2 word) phrase. The long tail in the #7 position will get 6% of the clicks, while the shorter phrase at #2 will only get 5% of the clicks. You will get 5 times as many clicks for a long tail in the #4 position compared to the short phrase in the same position!

Also you will get a higher conversion rate with the low hanging fruit.
This is what CarGurus is famous for. Good luck!

C'mon man, stop shooting yourself in the foot! 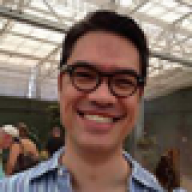 There is another option. Maybe it's just sloppy PPC management by broad matching the brand. I'm not defending anyone just wondering if ignorance and a big budget is the origin vs. malice. 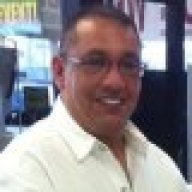 This can be debatable Joe, But what do I know?
I just don't believe Houston Toyota, will convert at a higher rate than "new corolla in houston"
Dealerfire and DealerLab do a great job at this too.

I guess CarGurus is wrong too

Glenn Jimerson said:
There is another option. Maybe it's just sloppy PPC management by broad matching the brand. I'm not defending anyone just wondering if ignorance and a big budget is the origin vs. malice.
Click to expand...

Example: If you have only 50 used cars for sale, they why are you paying stupid money for "used car dealer Dallas Tx"? 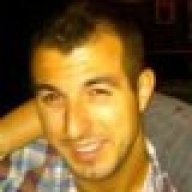 I'm not usually "OK" with the OEM bidding on my dealerships' behalf IE Ford Direct program, GM Cobalt Program, VW Cobalt, Chrysler Digital Paid Search Program, etc... but the example(s) I posted in my initially are completely unacceptable and infuriating (At least I think they are...).

Not only are they now driving OUR costs up but they are potentially stealing traffic that might very likely have landed on OUR store's website.

I firmly believe that this is NOT A GOOD THING. 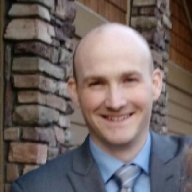 Dan, you are correct this kind of meddling from the OEM is frustrating. But believe me it's an uphill battle. I fought a few things and feel my contribution was worthwhile to the greater Ford community. But in the end they will always end up being behind the times of a really good digital marketing manager and will release a stupid product/service to help the dealers who are not even trying. Looking back instead of spinning my wheels against them I would have been better off focusing on things I can have a bigger impact on. Just my two cents for whatever they are worth.

Retail people give these factory people too much credit. My grandfather used to say, "They don't know shit from Shinola (shoe polish for you youngsters).

Years ago, Nissan had built the new truck plant in Tennessee. They were begging for truck business. I sold the City 50 base trucks to be used as meter reader vehicles. I had contacted the fleet department in advance and had received bidding assistance. I placed the order and had followed up a number of times with the Regional Fleet Manager. As the deadline approached I left numerous messages with the Fleet Manager, Assistant Regional Manager and the Regional Manager. The Regional Manager and Assistant Region Manager both directed me to the Fleet Manager. Eventually, I got approval to substitute the Dodge D50 (Mitsubishi) and placed an order for 100 of them. With bidding assistance they were actually cheaper than the Nissans. Dodge didn't care who I sold them to. When the RL Polk figures came out showing nearly 100 D50s sold in the market, I got a surprise visit from the Regional Manager at Nissan. He wanted to know why I was pushing the D50s instead of the Nissans?

I was the General Manager at a Hyundai store in Baton Rouge. I got a visit from the Zone manager complaining that we were missing sales due to holding gross. We had the highest combined front and back end grosses in the country. What he didn't know is that we owned the Warranty company and were paid 50% on back end products. At the time, Hyundai had been on strike. I took him out to the lot to show him the 4 new cars we had in inventory (two were demos).

That was long ago but a few years ago, I refused to buy the Nissan third party leads. They sent their representative to get me to start purchasing third party leads again. He told me that I was selling more of the third party lead customers than those on the program. It would only be fare that I pay for these customers.

The first store we were the volume Nissan dealer in the State and the volume Dodge truck dealer in the zone. At the Hyundai dealership, we were in the top 10 in the nation. At the last Nissan store, we led the metroplex in internet sales. If you are but average or worse, the factory can make your life miserable and have a negative impact on your sales if they are trying to weed you out. If you are a market leader, they won't screw with you.
Last edited: Mar 22, 2014
Show hidden low quality content
You must log in or register to reply here.
Share:
Facebook Twitter Tumblr Email Link