I am BEYOND frustrated with Dealer.com 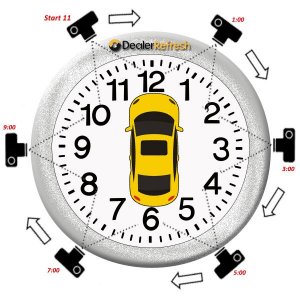 I gave them creative freedom as long as they hit these marks. I asked them to change the elevation of the starting shot as often as possible (so the vehicle listing pages look like different cars). If the car has HOT Alloys, gimme a low opening shot (& turn the wheel into the shot), if it's got a roof or a bad ass rack, give me a high opening shot. 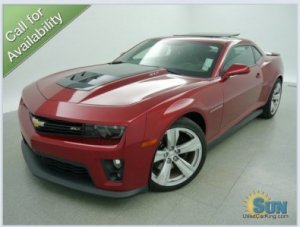 ddavis said:
Joe, there are some that all their pictures are mistakes then:

These were taken by a service. You would know the name.
Click to expand...


IMO, management is to blame...

"Be a yardstick of quality. Some people aren't used to an environment where excellence is expected."
Steve Jobs

What could be more welcoming than a few strands of razor wire? There needs to be enough pictures to sell the features of the car. That won't happen if there is a set number of photos.

Which management? The dealership? The service or both?

ddavis said:
Which management? The dealership? The service or both?
Click to expand...

When I see pics like this, I sense the dealer managers don't know how bad the pics are. I'd bet they're too busy, too tired and don't know where to start to fix this. If I were a inventory vendor in this town, I'd call Yago and he'd close that sale on the first visit

ddavis said:
Which management? The dealership? The service or both?
Click to expand...

FYI, Brian Pasch is all over this topic this year.

Joe, Brian makes perfect sense but in reality, this won't happen in the majority of dealerships. How many times have you seen a new vendor signed because the new rep was hot with short skirt and big ta-tas? What does that tell you about the sophistication of dealership decisions?

I went through the best leadership school in the military. When it began, there was one instructor for four students. The instructors were the best of the best. All were veterans of Studies and Observation Group, Projects Alpha and Phoenix with a minimum of three tours. Students needed 90 days, of combat experience, to qualify. By the end of my class there was one instructors for two students. They observed and instructed us on virtually every movement we made. There was no abuse or yelling at this school. Like all infantry schools, the day began with physical training. You knew what was expected and what you had to do. If you dogged it, you would be pulled aside and asked to leave. The last week, 6 man teams were selected which included two instructors on each team. We were sent into the bush on real missions. This is having skin in the game. Obviously, I wasn't career military but it formed, at an early age, my concept of how an organization should be managed.

Bore you some more: the three major variable expenses, at any dealership are Salesman's Compensation, Floor Plan and Advertising. Properly controlled, are they being used to optimize sales? Any decent Director should know every line in these accounts. How many do? I bet half don't even have access.

Brian talks about MAPs when the average Sales Manager doesn't spent 5% of their time training. 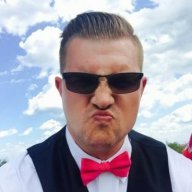 Jake L said:
Yes I understand this and I have created 150+ within the 3 sites, however, they remove the content and replace it with the out-of-the-box content because their "professionals" assume their content is better than mine.

This all without a warning of removal of content or anything. Really weird if you ask me.
Click to expand...

Jake you may want to check out Flex Dealer if you are interested in a site that will allow you full customization...

ddavis said:
Joe, Brian makes perfect sense but in reality, this won't happen in the majority of dealerships. How many times have you seen a new vendor signed because the new rep was hot with short skirt and big ta-tas? What does that tell you about the sophistication of dealership decisions?
Click to expand...

I'm with ya. We all know, You can buy a Ford anywhere, just being in the game doesn't make you a winner.

IMO, Dealerships are teams and remind me of team sports. Winning culture starts at the top and trickles down to all on the team. This makes leadership the single most valuable asset on the team (the DP & GM are on the hot seat at all times).

This also means, if your an ISM or a rep working under the wrong leadership, your life is hell. I've said it here before, one of the greatest signals of great leadership is seen in the dealer's reviews. For example, if the GSM/GM is working their master plan, you'll see them replying to happy & unhappy reviews, then that's the store you want to work at (and buy a car from

Joe, culture is everything. Yesterday, I was preoccupied thinking about the people that I served with in the military. You can't find a better example of team spirit than existed between members of my detachment. Everyone knew what was expected and everyone had each others back. Going out of the way to help each other was the norm.

I was talking to a friend that is a Vietnam vet. He was telling me about a pet monkey that came out of a hooch swinging a grenade by the pin. I thought it was funny but that kind of thing would never have happened with my unit.
Show hidden low quality content
You must log in or register to reply here.
Share:
Facebook Twitter Tumblr Email Link