What process do you have in place to manage missed calls? 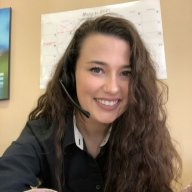 AND how many are you missing daily? Who follows up?
Reactions: [email protected] 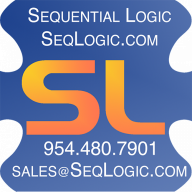 From the point of view of someone in IT, I would like to know why you would have any missed calls.
All calls should be answered in some way. If you do not then any potential customer will likely just move down their list to the next dealership.
Reactions: [email protected] and CallingCorbyn

CallingCorbyn said:
AND how many are you missing daily? Who follows up?
Click to expand...

@CallingCorbyn Are you asking as a person in retail or as a conversation starter as a vendor? If you were in retail asking this question:

Step one would be to look at phone routing, hunt groups, and other rules within your phone system. To me, the answer to "how do you manage missed calls" is "why are you missing calls?". We typically run rules where a Sales call will hit a Sales hunt group of phones, up to 20 phones at once in some stores. There is typically going to be a minimum of 2 or 3 sales people at one of those lines at any one time. IF they don't get it, the rule times out at 5 rings then expands to all other phones at manager desks, etc. After another couple rings it also hits the receptionist again and upstairs offices. At smaller stores, if the Sales group of phones don't get answered it literally hits all other phones in the front end and back offices of the store. IF we miss a call, I would say 9 times out of 10 it is because someone found a legacy number online that hits a single internal phone without a forwarding rule and goes to VM. I see this with old tracking numbers from CallSource, etc that get picked up by rando directories. We've been eliminating outside tracking numbers to avoid this long term and moving to internal call recording and tracking within our own system.
Reactions: [email protected] and CallingCorbyn