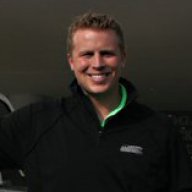 I just got out of a meeting about GM response times and everyone is convinced by the beginning of the year GM will have this figured out...let me pause for a second to laugh...All I can say is I hope so. If their inability to properly record responses times starts costing me money, I'm going to Detroit! 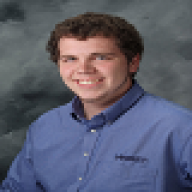 I second that! ProMax seems to have it figured it out as far as response times go. We're signing up with them, I'll let you know how that goes.
Last edited: Sep 4, 2009

I just heard from iMagicLab that GM response time reporting was fixed today, but it isn't going to show directly in the CRM yet. 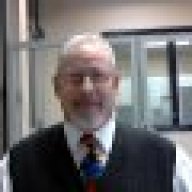 Jason L said:
Yeah, they really need to get back to the only business hours. From what we've heard, GM will be gauging us based on the 24/7 and in order to hit SFE, we will need to be at under 2 hours. I don't really think that is extremely obtainable when you have handraisers and such that come in around midnight when I'm already asleep.

Another issue I've seen with how iMagic reports to GM is that they don't report the status of your day's leads until the next morning. GM runs their reports at 4:00AM for end of the month. That means if I have received 6 leads on the 31st then it'll show as have 6 leads not responded to. Any suggestions there?

I've been tied to GM's "Clock" going on 7 years now, and I'll be darned if I can find the logic in how they record their acceptable response times. I have Cobalt's Prospector as our store's CRM, and a couple of years ago when GM switched from CID to One Source, Prospector was not an "approved" CRM, so Cobalt set us up with Cobalt's LMCC, to accept GM Buypower leads (yes, that's what the used to be called)! So I get the charmed opportunity to use 2 separate CRM's until I can stop their clock then work the UP through Prospector and hope they will actually respond to my emails and phone calls, but let's not get to negative

. I spoke with a One Source rep the other day that informed me that, tho Cobalt runs their report daily, GM does not accept the results till the next business day, which will show an extremely slow response time and as I read in someone's post, because of the overlap, there may be times that will show a few leads that were never responded too, until the reports merge, but in the meantime, we'll have erroneous response times. I think one way to sharpen the response times is to use the One Source lead tool, but it's a limited tool, and if fact, I don't know why they have it? Is there anyone out there the uses Cobalt that I can commiserate with? 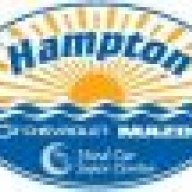 No matter what CRM you are using, it still is a General Motors Problem not iMagiclab or anyone else... There might be little quirks that can be worked out in your CRM. We use iMagic and noticed that I had it checked to automatically mark "BAD" the leads that came in without a phone number or email. Makes sense; however, with GM, my understanding is your clock is still running even after you mark it bad. Only solution that iMagic came up with was to uncheck that for GM Leads and when you get those leads, add a bogus email (that you have access to) and send a response to that from your CRM. After you send it you can mark it bad, but at least you stopped the clock. I think for anyone to have to mess with that is ridiculous, but until we get the factory guys thinking like "Real" people I think this is going to keep coming up. For iMagic to show us having a 29 minute response time as a store and GM to tell me I have a 12 hour response time... Doesn't make much sense!! Thanks for letting me rant... Good luck! 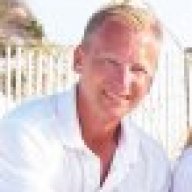 Great thread, and a major problem for ALL of us that handle GM brands. We also have one dealer in our region that averages below 15 minutes response time. I called him and asked how he was doing this real time (not taking into account dealership hours). His response - when he gets the cell phone alert at 3 am, he gets up, logs into his CRM, marks it as responded to, and goes back to bed.... Call it gamesmanship - Why doesn't GM go by dealership hours, would make more sense....

"I think one way to sharpen the response times is to use the One Source lead tool, but it's a limited tool, and if fact, I don't know why they have it? Is there anyone out there the uses Cobalt that I can commiserate with?"

I switched to GM One Source Lead Tool (just for GM leads) after trying Autobase and Dealer.com's Lead Machine. It's a pain in the ass but its the only way we have been able to get our lead times down.... When a lead comes in we email the first responses out of GM's tool and then move it into Autobase. I absolutely hate having to use multiple CRM tools but I believe this is currently the best way. 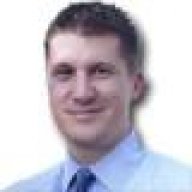 I think you are on the right track...I currently use Buzztrak for my CRM so I can access it on my iPhone. I have all leads come to my phone in my email. I am at about a 1hr or less response rate and at 100% responded to on time. Now the way I work it is during the day, as soon as a lead comes in I know it so I immediately login either on my iPhone or using a PC. I change the status to called customer.( I am sure each crm will have something that triggers the lead as responded to). I then re-assign it to a Internet Specialist to work. At night I check my CRM from my iPhone as soon as I go to bed and immediately when I get up and change the status as needed. When I get to work I re-assign the lead to someone.

The reason this works well is because the majority of my leads do come during the day so I am on top of them immediately. As long as I get to the ones in the evening or on the weekends using my iPhone the averages are in my favor.

The key for me is having the all leads come to me and I take them off the clock and get them re-assigned. The other is to use my iPhone religiously to make sure that during the off hours I am responding to them. I am a fairly large dealer so we do get alot of leads but I must admit that it is a 24/7 job responding to them.