Is the Secret Sauce Spoiled?

At NADA last year I was surprised with many vendors were showcasing adaptive websites. Just about every website provider had some to show. And they all seemed to Demo well.

New ideas are born every second on the internet. Dealer's don't have to know technology, they simply have to request: D.I.S.C.? (Does It Sell Cars?)

3 conclusions a dealer can make are: Yes, No, or Sort of.

I'd focus on the "Yes" ideas and ignore all others.

1. Mobile friendly websites (or maybe not having one can cause a loss in sales?)
2. Desktop websites that offer plenty of information on all vehicles and services offered
3. Positive brand visibility and engagement online

If I focus on these 3, I like to think most other things fall in line.
Sometimes when I'm talking to dealers I get asked the strangest questions about things that are so irrelevant, but a website provider told them they needed it so now they're trying to figure out how to get it. Have dealers learned nothing from their customers? Be skeptical of the sale at all times 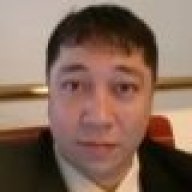 Sad truth: most responsive websites in our industry stink and some that are called responsive aren't truly responsive.

Happy truth: the numbers (traffic, leads, sales) that I've seen on the handful of proper responsive sites out there have been very favorable.

Now, regarding what Alex said...

Alex Snyder said:
If responsive is so great then why isn't it employed by the major ecommerce sites who have the resources to best pull it off? For example: Amazon, Best Buy, Apple. Why aren't our own OEMs using it?
Click to expand...

Responsive is definitely not the best way to go for common-use sites like retailers. Any site that has as much return traffic as major retailers should (and almost always do) push people to use their app which is a much better experience. On a side note, Apple.com is technically responsive. It's an oddly poor variation of responsive that has the attributes of resizing while still maintaining its pinch-and-zoom components that they like to promote, but that's not important...

In an ideal world, if I had all of the money I needed to develop a platform, it would be a responsive-adaptive hybrid. Content pages would be responsive and make the call at the device level. Other pages such as inventory would be adaptive with the call made at the server.

In the real world, properly-developed responsive websites are, in my humble opinion, the best way to go today for dealers. However, beware of the bad ones. They'll do more harm than good.
Reactions: PaulS and craigh

JD Rucker said:
Responsive is definitely not the best way to go for common-use sites like retailers.
Click to expand...

JD Rucker said:
...Any site that has as much return traffic as major retailers should (and almost always do) push people to use their app which is a much better experience.
Click to expand...

Your conclusion states that it is a profitable strategy to deliver a sub-optimal web experience so that it pushes shoppers into the App.

IMO, every platform manager (whether it's a web or an app) has to fight hard to optimize the profit per visit or revenue per visit.

For example, if you're the CEO of Amazon, and you know that a .01% increase in sales translates to $1 million sales per hour, you're going to work both platforms as aggressively as possible to optimize revenue per visitor.

Summary: Strategically, build a great web UX and use it as a gateway to fuel higher app adoption.
Last edited: Oct 22, 2014

JoePistell said:
Your conclusion states that it is a profitable strategy to deliver a sub-optimal web experience so that it pushes shoppers into the App.
Click to expand...

Joe, that's just silly. My conclusion is that sites like Amazon can and do build a good experience on mobile websites, but that they do not have the same retail capabilities as an app. Nowhere did I say they were going for sub-optimal (other than Apple, and all I said was that I thought their pseudo-responsive design was odd to me, though I'm sure they have their reasons that are above my pay grade).

Nobody is doing it perfectly, but I wouldn't question the strategies that have built multi-billion dollar businesses. I have a feeling they know a bit more about it than you or me.

AOK. What do you mean by retail capabilities? Usability? Revenue? Branding?

For retail stores like Amazon, apps are able to push notifications, attach more easily to instant payment options, and be more "embedded" in the mobile life of the consumer than a mobile site. Think of it like mobile sites are passive while apps are active.

I haven't seen anything that has stood out in our industry from the app side, but I'm holding out hope that it's possible.

JD Rucker said:
I haven't seen anything that has stood out in our industry from the app side, but I'm holding out hope that it's possible.
Click to expand...