Your post @EmilyJSpellman is one that has been duplicated over the last 20+ plus years as vendors moved away from "solving dealer problems" towards "dealers spend a ton of money so how can we take advantage". That being said, there are still a number of vendors that put performance ahead of profits. The best vendors are the ones where the "gurus" are still within arm's reach of both their frontline reps as well as the dealer. Even better is the "guru" is your rep. Once the vendor's subject-matter "guru" becomes untouchable by the frontline reps, where they have to go through three levels of management, all is lost and watered down "experts" are now the only resource within reach of the dealer. Your first indicator of a future disappointing relationship will be how many times your rep says "I'll have to ask".

I'm also going to throw this out there. It is important to acknowledge that the dealership's success doesn't fully rely on any one piece of the behemoth that is automotive retail. I have seen documented example after example of dealerships who are highly profitable, highly revered in their community, and highly sought after as an employer that suck on one or combination of SEO, SEM, Website, Merchandising, CRM usage, etc. As well as we've all seen the inverse. Bottom line is people. People still buy from people and if a dealership becomes obsessed with perfection of the "tools" they very well may find themselves struggling for profitability if they put all their hope and reliance in tools over people. Great SEO doesn't cancel out "bad" people and bad SEO doesn't prevent a dealer from selling cars. There is a balance.
Reactions: Ryan Thompson and Alexander Lau

I'll say it again and in every SEO thread:

What does Google and other search engines want? They want relevant, real content on the internet that people want to read and tell other people about. If Google doesn’t bring you the most relevant content when you search, they aren’t doing their job. So by definition, even the word Search Engine Optimization (SEO) means to “game” the Google search engines (and others) to get your valuable content ranked higher than it would be if left alone to the forces of the Web. The bottom line is that all external SEO efforts are counterfeit other than: writing, designing, recording, or videoing real and relevant content that benefits those who search, within a quality user experience. That does include the better automotive web platform provisions (another thread) who get it. I'm not listing them.

We can sit around and act like we're not trying to take advantage of Google's algorithm (would be a lie), but the fact of the matter, they change it up because SEO groups get VERY GOOD at manipulating it for organic ranking purposes. Google is quite happy fiddling with their algorithm for "best practice" reasons, but in reality, they just want to convolute the ranking equation process in order to get you to BUY more of their PAID AD space. Now that the space (itself) has been limited, it's even more competitive.
Last edited: May 13, 2020
Reactions: DSmovingmetal
P

@EmilyJSpellman, I was just like you in regards to frustration with Vendors back when I was running Dealerships. When I started my career there was no Websites or S.E.O. or any of the likes. When I saw Digital in the early stages I was fascinated by the infinite potential.

What I did to solve my frustration was hire people to work directly for me. The Owner did not want to pay them through payroll because some of the people I hired were not living in the United States. So I created my own company and paid them through my company. Crazy that I had to take those kind of steps to get good work. Price is always a factor but it seemed even when I paid more I did not get better results.

Here it is 7 years later and I am happy I changed sides. When I joined Dealer Refresh I was still running Dealerships. It is ironic here I see frustrations that I very much felt everyday.

Regarding SEO, just so you know that it is more complicated then it seems. Google changes the rules what works and what no longer works a few hundred times a year. Just make sure your up to date on those rules.

I am not here to solicit services...we are doing well even with these crazy times. But if you wish to ask anything I am happy to help you the best I can.... 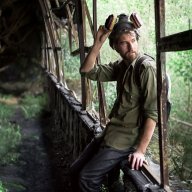 Seo website promotion is very important for modern websites as the competition in the modern market is very large and it's very difficult for novice businessmen to gain a client base. Four years ago, I opened my first site and I faced the problem of attracting customers and I had to contact an SEO company, which after analyzing my site began its promotion and within a few months my site went to the first page in the Google search engine and finally I began to earn my first money not only on my services but also on advertising on my site. I believe that SEO is our future, as there're more and more companies in the world that want to take a leading position in the global market.
Last edited: Jul 30, 2020
Show hidden low quality content
You must log in or register to reply here.
Share:
Facebook Twitter Tumblr Email Share Link