GrantG said:
Dan, I read Joe's comment to mean something different. I *THINK* he meant the shopper isn't sending as many emails to this location
Click to expand...

That may be, and I can see that I sounded a little snarky in my comment, but I don't think a shopper has really ever sent an actual email as a lead, ever. I remember when we would call them "email leads" even in the early 2000's but there was never an email sent from the customer initially LOL. They're all form fills.

Our showroom traffic is flat (0.7% down) but close rates increased significantly (and sales volume up 30% new and 14% used). Even though desk and floor managers would love to think they are that much better, the reality is the shopper was more motivated to buy in fewer visits (like you pointed out). @BillKVMotorCo and I did connect yesterday. Good conversation and we learned from each other.
Reactions: joe.pistell and GrantG

GrantG said:
Dan, I read Joe's comment to mean something different. I *THINK* he meant the shopper isn't sending as many emails to this location when they can find nearly everything they are shopping for under 1 rooftop. It's the retail superstore mindset.
Click to expand...

Nailed it GG! That's why I asked for YoY stats.
Plus, his store is in a rural market. #BIGFISH
Reactions: GrantG

joe.pistell said:
Nailed it GG! That's why I asked for YoY stats.
Plus, his store is in a rural market. #BIGFISH
Click to expand...

That is correct. We average 130 per month. The local Ford/Chrysler/Ram/Jeep dealer sells about 45, but I believe that's all they want to sell. The closest competition for either of our stores is over an hour away. Locations like ours are Rydell's sweet spot.
Reactions: GrantG

@BillKVMotorCo
IDK if you look at this but, Improve your CarGurus traffic by discounting some units to get them out of Gurus Deal jail. 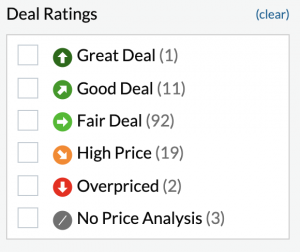 Shoppers get the wrong opinion of your store if they see you in Guru's SRPs that are labeled as High Priced or Over Priced.

Search listings from Kirksville Motor Co in Kirksville, MO to find the right vehicle for you. We analyze millions of used cars daily. 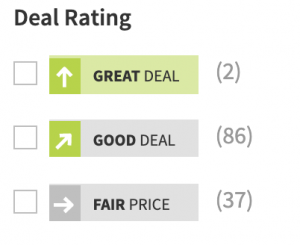 @BillKVMotorCo, have you ever done a study that looks at "distance to the sale"?

Download your sales for 3 months, include the buyers address. Copy and paste that SS into https://batchgeo.com/. Your mind will see all kinds of interesting stats.

Break the list into two and see new vs used.
Add OEM tags for new cars

Forget a Name? 6 Tips for Faking It https://www.psychologytoday.com/blog/the-happiness-project/201111/forget-name-6-tips-faking-it Word tracks to improve your game. I like #1, 3 & 4. “I keep wanting to call you 'David,' but I know that’s not right.” If anyone has a favorite word track for...

I actually review these weekly when we look at repricing. Typically, we only have about 2 or 3 that are considered high and 0 that are considered overpriced. Like many dealers, we've been more aggressive on the high side during COVID, because 1. we can and 2. to keep our inventories from being depleted. We had record volumes for 4 months straight and inventory would have been even more of a struggle than it already has been. Even at our higher pricing we had gotten below 50 used cars (we have 108 now). It wasn't even about not being able to acquire any. Our volume was just so high.

We began the process of weening ourselves off over the last month as we saw the data suggesting a slow-down. It is obvious that we did not react quickly enough, but we also did not want to overreact if the pullback was temporary. The spike has been huge the last two weeks though, so we definitely missed it more than we wanted to. We always knew though that at the end of this we were going to potentially lose some money on some units, but it will be more than significantly offset by the margins we have seen for 6 months now.

I think it's awesome that you have looked out for me here.
Reactions: joe.pistell

Yes, I am fortunate to have an owner who is a spreadsheet genius so it's astonishing all of the things that we track. I'll definitely look at plugging it in on the link you provided. Thanks for all of the other tools! I will definitely be diving into all of that too! 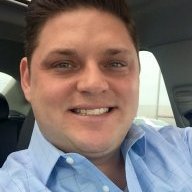 BillKVMotorCo said:
Yes, I am fortunate to have an owner who is a spreadsheet genius so it's astonishing all of the things that we track. I'll definitely look at plugging it in on the link you provided. Thanks for all of the other tools! I will definitely be diving into all of that too!
Click to expand...

Tracking GEO on a monthly basis is a great way to see the value out of market customers play into your profitability. One suggestion is to take a wider view of the data to see if any trends changed pre/post covid. Adding filters for models can help you identify if your sell through efforts in other dealer's PMA have sharp teeth over time. Combining these with the OEM pump out/in reports should allow for insights leading to more strategic communication with your internet shoppers (tie back into your original post re: leads are weak).
Reactions: BillKVMotorCo

BillKVMotorCo said:
I am fortunate to have an owner who is a spreadsheet genius so it's astonishing all of the things that we track
Click to expand...

OMG @BillKVMotorCo, your DP is gonna geek-out on the batchgeo.com site! It's baddass! Let us know how it goes.

@BillKVMotorCo[/USER] since you are already drinking the G-Suite Kool-Aid at your store (I'm jealous) you can also use Google Maps to plot those ongoing places and data as well. If you haven't used that yet. Open Maps, click My Places, then Maps tab, and Add Map at the bottom. You can associate your Sheets instead of exporting to CSV, etc.
Reactions: BillKVMotorCo
Show hidden low quality content
You must log in or register to reply here.
Share:
Facebook Twitter Email Share Link