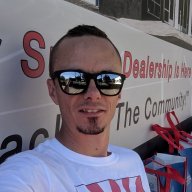 BillKVMotorCo said:
That is correct. We average 130 per month. The local Ford/Chrysler/Ram/Jeep dealer sells about 45, but I believe that's all they want to sell. The closest competition for either of our stores is over an hour away. Locations like ours are Rydell's sweet spot.
Click to expand...

Hello from a newly acquired Rydell store! It's been amazing how well we have turned the corner since the purchase, great crew - just had some Foster training this morning.


joe.pistell said:
@BillKVMotorCo, have you ever done a study that looks at "distance to the sale"?

Download your sales for 3 months, include the buyers address. Copy and paste that SS into https://batchgeo.com/. Your mind will see all kinds of interesting stats.

Break the list into two and see new vs used.
Add OEM tags for new cars

Forget a Name? 6 Tips for Faking It https://www.psychologytoday.com/blog/the-happiness-project/201111/forget-name-6-tips-faking-it Word tracks to improve your game. I like #1, 3 & 4. “I keep wanting to call you 'David,' but I know that’s not right.” If anyone has a favorite word track for...

Checking out Batch GEO now, and the other cool tools, thanks for sharing.


Dan Sayer said:
@BillKVMotorCo[/USER] since you are already drinking the G-Suite Kool-Aid at your store (I'm jealous) you can also use Google Maps to plot those ongoing places and data as well. If you haven't used that yet. Open Maps, click My Places, then Maps tab, and Add Map at the bottom. You can associate your Sheets instead of exporting to CSV, etc.
Click to expand...

Will give that a look, as well.

Also, will likely reach out, per the themes vs templates thread. Appreciate the offer.
Reactions: joe.pistell and Dan Sayer

ChrisR said:
Hello from a newly acquired Rydell store! It's been amazing how well we have turned the corner since the purchase, great crew - just had some Foster training this morning.
Click to expand...

I'll be damned. I never put the Twin Falls connection together. Hope everyone is handling the switch well. Rydell is definitely a whole new world. If you ever need any help navigating that new world, feel free to reach out.
Reactions: ChrisR

BillKVMotorCo said:
I'll be damned. I never put the Twin Falls connection together. Hope everyone is handling the switch well. Rydell is definitely a whole new world. If you ever need any help navigating that new world, feel free to reach out.
Click to expand...

For sure, apprecaite it! Will PM you in a moment. 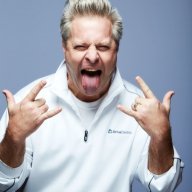 Dan Sayer said:
Would you consider getting rid of templates?

I wrote out a Google Doc "Day 1 Theme Cheat Sheet" for the sales team (they just bookmark the URL) that provides an example and multiple variations and explanations for most of our common leads. I called it a theme instead of a template because they have to still write the emails while understanding the theme of each section. I found that this did a couple things. First, if you have a guy write out a crap-ton of emails everyday using appointment language, or at least engaging "next step" language, they get better on the phone (because everything is written in natural language). Pretty simple, they're training their brain to come up with the sentences quickly by writing over and over again. Secondly, a template is a check box, a task to complete as fast as possible. I'm no longer reviewing their time to respond as that race brings poor quality. I'm watching it, but not making it a trophy for them. I'm really pushing the "Task vs Engage" mindset and it seems to be working. I stole that from @Steve Roessler even though we are still on Vin . The only templates we still use are for ICO and Truecar/Partner leads at this point.

Video? What are you doing for video? This has been in exercise in psychology as much as process. Sales people either love it or hate it. The argument of "I don't like the way I look/sound on video" went away after a couple months of hearing me say "Well you look and sound that way in real life, so....". I'm still working on the full adoption here. I have 82 guys with Snapcell licenses but its like pulling teeth to get them to fully use video. We're at an 80/20 right now. 20% are shooting 80% of the videos.

Phone training? Like I mentioned above, writing out emails (in natural language) instead of using templates has a side benefit of brain training word tracks. We call all internet leads, that come in during business hours, first, then email, then text/video. We email all overnight leads sitting in the bucket in the morning first, then text/video, then call. There's a method that has worked for us in that regard but I'm assuming that heavy phone text/video is part of your process? By the way, the emails they write are short, to the point, contain no fluff, and could literally be read out loud and sound like a phone conversation.

If you would ever want another set of eyes on your leads and process, I would help you out. I'm not perfect and my people aren't but sometimes people just see items we miss. Happens to me every day.
Click to expand...

@Dan Sayer I appreciate the reference and just glad someone is listening. LOL. You made my day.
Reactions: Dan Sayer 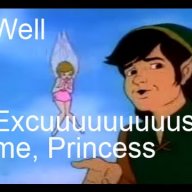 Patrick O said:
I've always been curious where the "10% average" came from, tbh? Any month considerably lower than 12.5% has always been the exception throughout my career, but I've always worked out West. Maybe things are a bit different in other parts of the country?
Click to expand...

I read this forum title and got a little excited until I dug into the conversations and am a little confused.

When you speak about 12.5% benchmark, what type of internet leads are these, phone or form? Are they 3rd party, OEM or dealer website? Are they cars.com, autotrader, cargurus, or one of the myriad of other lead sources. I have always found that each lead type and category carry their own closing rates. cars.com used car form leads will not close at the rate of a dealer website new car form lead.

If the 12.5% is for all leads on average, then what are the averages, are website leads @ 20% and 3rd party at 5%? If so, what are the numbers of leads for each category. What is the % of leads that come from the website and the % of 3rd party. I could toss out "our closing ratio is 22% every month for 2 years" without stipulating that we close 22% of website leads that originated from our trade in form and get the world excited (by the way, i WISH we had 22% for trade-in leads.
Anyhow, its important to make sure readers understand how these ratios are calculated and the underlying data. So what are the deets?

Great job on the close!

Great points. The overall number is probably not a sufficient measurement and we could all probably do better there. There is no doubt that different lead sources should convert better than others. Having more pointed targets for each lead source would no doubt be a better way than broad tracking. For instance ours for last month would look like this:

ideveroux said:
what type of internet leads are these, phone or form?
Click to expand...

As odd of a question this was when I read it, I reminded myself that up till 2007, all the calls from AutoTrader and Cars.com and our sites came to a Palm Pilot phone that I had on my hip and I counted as "Internet Leads". Not anymore, @ideveroux. Pretty sure all the focus here is an Internet Lead is an ADF/XML push lead (and don't get me started on phone calls from vendors that generate an ADF notification email!). A phone call from Cars.com is a Phone Lead from Cars.com!

On your question about what source, what mix, etc needing to be taken into consideration, yes, you are correct. There are a number of discussions in DealerRefresh every month that speak to this question. It is something that we discuss within our own group. I can't have one store at 13% thinking they're so much better better than the store that gets 100 credit leads a month, who is at 10% overall. Or I have one store with 122 Classified leads that close at 4% and one store with 41 that closed at 7% but the first store runs those leads at 22% of their total lead mix and the second store runs 31% of their total. How does that math impact the "average close rate"? Context is the most important item when comparing stores as to why the discussion always gives me anxiety as well as I start using a term my parents scolded me on growing up; "yeah, but...".

That looks a lot better and much easier for me to stomach (wtf is Frikintech, lol). I'm constantly looking for other dealers insights and I'm told, dont' share enough of mine so here goes.
Jan-October
Trader 8.84% but cancelled due to $714.28 cost per sale over the period. Lead volume drop was very drastic after we added carfax october 1. Closing ratio jumped in October to 13.33% but due to lead drop our cost per sale was $1,653.00 per copy (ouch). 2 sales out of 15 leads.
Guru we've been steady @ 6.7%
cars.com 6.53%
Chrysler 3rd party is 6.39%
Our website ranges from 7.06% - 15.91% for an average of 9.23%. All year we've been distributing directly to sales staff and it's been clear the current closing ratios are much lower than is acceptable even though the cost per sale is under $120 per.