Does the end of Net Neutrality have any bearing on the car business? 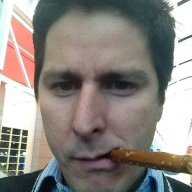 Net Neutrality was voted down on Thursday by a vote of 3 to 2. The outcome of the vote was as expected, but few understand what it could mean in terms of the future of the internet.

Already, heavy hitters like Netflix, Facebook and Amazon have come forward to express their disappointment with the decision. In each case, spokespeople for these companies have referenced a ‘continuing legal battle’ in order to keep the internet free and accessible.

On the other hand, critics of the Net Neutrality rules claim this decision will drive innovation and improve internet services while bringing prices down. Their claim is that by deregulating the internet, service providers can offer better packages, enhanced services and more diverse pricing.

Ajit Pai, the FCC Chairman who has essentially become the center of the Net Neutrality debate, pointed out that the original Net Neutrality regulations had an almost immediate – and damaging – effect on the infrastructure that runs the Internet.

The move appears to be a victory for automakers, who argued the regulations could have restricted development of connected, wireless technologies in vehicles.

I'm not interested in the rhetoric of opinions on the debate for or against this, I'm interested in better understanding what it means to the car business. 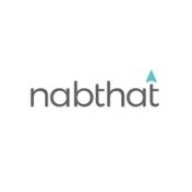 Net Neutrality provides consumers with a "free" internet, where there is no bias from ISP's (Verizon, Cox, Charter, Spectrum, AT&T, Frontier, etc.). The law regulated the power ISP's had.

With no Net Neutrality, ISP's can potentially block sites from access, slow down speeds to some sites while increasing speeds to others. You can see why NetFlix, YouTube, Facebook, etc. will fight this to the end. It will also allow ISP's to bundle services, coming up with Cable like Subscriptions (so you can say goodbye to your $99 high speed data plan and say hello to your Package Deals starting at $29 but that won't get you access to YouTube, Facebook, etc.).

Moving on to Dealerships, OEMs, etc. There could be issues with large dealer groups purchasing higher access speeds to their services (dealer sites) from ISP's, simultaneously decreasing speeds to competitive sites within their market. Example, Dealer Group A spends a large amount of $$$ per year on TV, Internet, Video, etc. with ISP A and Dealer B does not spend any money with ISP A - There leaves the ability that ISP A now can legally slow down speeds of their customers to Dealer B while increasing speeds to Dealer Group A.

This is a big issue in everyway....Data/Internet should be treated like a Utility.
Reactions: Robin Miller and Alexander Lau 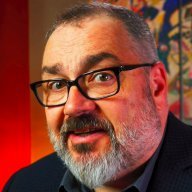 Cox is the number 3 cable provider in the nation. They could conceivably give the Cox Automotive companies a 'Fast Lane' and slow down other website providers and publishers. This would clearly give an advantage to their properties.
Reactions: Alexander Lau, Keith Shetterly and craigh

This sums up both my opinion and how I think it will impact the automotive industry.
It's a free and open market that is no longer regulated - how the market reacts to moves being made by big and small companies will determine the outcome. 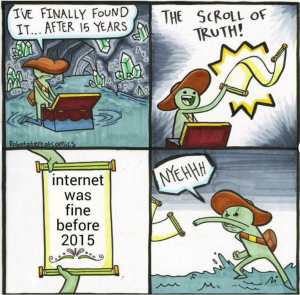 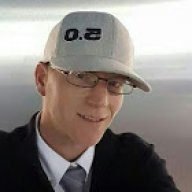 There is a deciding difference; most addresses are handcuffed to one internet provider + cable television subscribers are leaving in mass (500,000 just in Q3 of 2017). Cable companies will do anything to find revenue to offset their decaying business.

[email protected] said:
There is a deciding difference; most addresses are handcuffed to one internet provider + cable television subscribers are leaving in mass (500,000 just in Q3 of 2017). Cable companies will do anything to find revenue to offset their decaying business.
Click to expand...

Having options is definitely an issue, but with or without this law the ISPs can change their pricing, data quotas, etc to manipulate profits.
They do not need to resort to charging extra for Netflix just to make money.

I have no positive feelings towards a "pay per content provider" model, but it's worth noting that it's a fairly selfish view point.
My neighbour is 80 years old and has to pay the same price for internet that I do, even though he only uses it to email his grandchildren.
I use 500GB a month, including many movie and music streaming companies, while he uses 5GB and costs the ISP next to nothing.
Today, my neighbour is the one footing the bill for my excessive usage because everything is normalized. I prefer this model, but not everyone does. 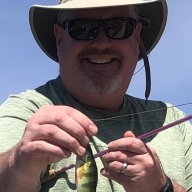 [email protected] said:
Net Neutrality provides consumers with a "free" internet, where there is no bias from ISP's (Verizon, Cox, Charter, Spectrum, AT&T, Frontier, etc.). The law regulated the power ISP's had.
Click to expand...

Aren't the notions of "heavy regulation" and "free" diametrically opposed? I am absolutely staying out of the politics of it, and to be honest, don't have much of a personal opinion (and I know at least one guy who is going to jump all over this here... tehe), but I have a hard time understanding -- at least philosophically -- how proponents of Neutrality claim that the industry must be handcuffed (regulated) so that the product is "Free." Regulation, by it's very nature, stifles freedom, no?
Reactions: jscole86, craigh and Chris Fruchey

When Jimmy Kimmel (ABC, owned by Disney) and John Oliver (HBO, owned by Time Warner) come out vehemently *for* Net Neutrality, you can be confident it is a good thing for large corporations.

As for Automotive, I see little to no impact for this.
Maybe it makes connected vehicles easier, maybe it doesn't.
The FCC is really pushing for what they call "5G" carrier data nation-wide, which is a far more important initiative at this time.
The spread of ISPs, small fibre companies, etc is what will make the market place work for everyone.

My only fear as a vendor is that carriers decide to jack the prices as it impacts hosting, which could drive up the cost of offering our services exponentially. I don't foresee this being the case though.

The Internet should be a utility to all. And I have absolutely ZERO trust that the insane drive to conglomerate all wealth, sought by all corporations, will trickle into something the people will like.

So, could a vote to remove Net Neutrality motivate smaller businesses that trigger more innovation? Well, who paid to see Net Neutrality die? They're expecting some ROI.

Also, keep in mind that Net Neutrality, as a term, was adopted in 2015 to encompass all the regulatory practices of the Internet up until that point. Those regulatory practices had been created going as far back as the 1990s. To say this was Obama's deal is just ignorant and another diversionary measure diverting us toward arguments like the Hatfields vs. the McCoys instead of realizing just how close the real thieves are. I'm certainly in awe of their brilliance, but that's a wide tangent.

How does the abolishment of all United States Internet regulations impact the car business?

What's already been stated in this thread are fine enough possibilities. As @Ed Brooks pointed out, one certainly has to wonder what an actual ISP provider in our space can do with its newfound power. There is also the extreme case where every website has to pay a fee to be accessible to an ISP's consumer base.

At the end of the day, the ISPs aren't going to do anything drastic quickly. One company will do one little thing, then they'll all adopt it, then another company will do another little thing that they'll all adopt later and 5 to 10 years from now our hindsight will prove to be 20/20 again.
Reactions: Adam Schaefer and ed.brooks
Show hidden low quality content
You must log in or register to reply here.
Share:
Facebook Twitter Tumblr Email Link