Food for the creative thinkers, here's 15 yrs of thinking to kick around.

I am surrounded by technologists that chase 10 yr old KPIs ("we need more leads, more VDPs, more T.O.S", etc). IMO, we're human, we get lost in the data & we forget:

If you don't intimately know the car shopper(s), then your stats are just stats. Everything we do should be seen thru the shoppers eyes (stats incl'd)​

Shopping is a TASK.

The goal is a smarter and more efficient shopper. Only neanderthals think that putting obstructions in shoppers workflow will sell more cars. They forget shoppers have free will. Agreed? Now it gets interesting. As counter-intuitive as it sounds, a smarter and more efficient shopper spends less time shopping, sees less pages and the leads they send in are fewer, but the leads have a higher closing ratio.​

Sometimes yes and sometimes no. I challenge my brainy technology pals with a puzzle: "Can We Define What a Productive Shopping VIsit Looks Like?" This elegantly simple question shines a light on what we're all trying to achieve. If you know you want a F150 XLT long bed in black and you've been to RalphFord.com every day, you've seen all the VDPs already, you just popin, ck for new arrivals and dissapear. This shopper never saw a VDP, yet, they are the best up you'll have all day.

We know that shoppers are complex and so should be the 'shopper satisfaction' model.

OR NOT?? It is my opinion that the best KPI ever is hiding under our data tracking noses...
It's Repeat visits.​
IMO, that silly little overlooked KPI holds the keys to the promised land. Simply put a 'repeat visit' is a vote of shopper's approval. They came before, liked what they saw and are back. Survey your BUYERS at delivery and your eyes will pop out. ~60% of all sales came from repeat visitors at your site 3 times or more*.

It's NADA time.
Dealer's, shoppers use the internet to decide who to NOT VISIT. Your mission is to be a finalist. When you're evaluating fresh new ideas, ask yourself & your team these questions.

A look my ecommerce experience at hertz rental cars.

I've seen many different prices on this car in 24 hrs.

​
My wife says prices change while we're discussing dates and times. It sets off warning signals in my head and prepares me for #PricingGamification wars (this also makes me VERY distrustful of all things Hertz).

Next, Herts throws out the raw meat with a 'buy it now' option


Idea: Use your vehicle photographs of the car getting TLC in your clean up department.

It'll require some staging, but actions shots will help a shopper SEE your efforts 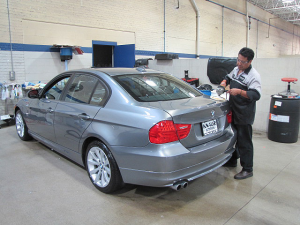 Think of it as a shot that'll help your shopper see the value of your operations. 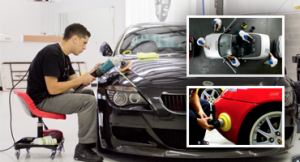 This is a great video presentation from EverGreen Ford of Seattle.
Although they're pitching their detailing services, it would be a cool used car prep video on the VDP.
Reactions: jscole86, Jeff Kershner, Stefan and 2 others 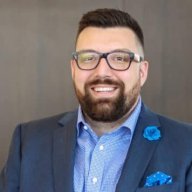 JOE!!! THIS IS BRILLIANT!!!!! At first I thought you meant of each vehicle... and I thought DAMN that's going to take some work but in the meantime lets get some staged shots in there. Can you imagine having a tight enough process to get photos of EACH used car all along the whole recon process!!! Talk about setting yourself apart.
Reactions: joe.pistell

TY Mitch. Love to watch where your brilliant mind goes with this. Feel free to PM me any time (if you think I can help).

There are 2 components to telling this story.

Mitch, You know I'm a big fan of yours! Love to hear where you go with this!

Love this Joe. I wish I had thought of this way back when. I included a lot of value build photos and videos but never thought about highlighting the reconditioning process for individual cars.
Reactions: joe.pistell

I'm helping my brother shop for a new ride. The pop-ups and floating chat windows on dealer sites are driving him nuts. I'm watching him "chase & kill the chat box". It's breaking his concentration.

Is there a way to measure chat users 'silent frustration'? Something like: (# of Chats -divided by- # of closed chat windows)

The premise is a "Chat" is a positive and the "closed chat windows" is a negative.

Some stores are full-on lead gen machines. This ratio isn't important to these players. Then, there's the new wave of one price stores and others using softsell branding. For these players, the "closed chat windows ratio" is important.

JoePistell said:
your chat experience makes a shopper feel 'comfortable' with your brand and your site. My logic says the "happy chat shopper' will be more likely return to your site than all other shoppers.
Click to expand...

Ryan from Gubagoo is a member here @Ryan Osten
He would be a good guy to have this conversation with.

Observing my Brother... the car shopper.

My brother is shopping for a car for his wife. What a great observation experience for me! My rules are to observe only. Answer questions only when asked. I tie my hands behind my back and put duct tape on my mouth, and off he goes...

My brother is no dummy*. He runs multi-million dollar industrial construction projects and he custom builds water cooled gaming PCs for recreation. IOW, he has all the intellectual resources needed... AND like most shoppers, he 'some what' knows cars (knows makes, models not trims). His wife's Hyundai SUV gave him ~100kmiles of trouble free use, so he's devalued new car risk (i.e. he'll buy any brand).

This evening, he takes CR's recommendation (make/model & trim) and begins to "find what deals are on it". He won't look at [edit] used SUVs because when buying his truck, he discovered the dollar gap between new and used was too small. So, he assumes that the gap is still small. He googles the dealer's website closest to him and finds that the final prices (less incentives and discounts) are more than he wants to spend (this is a common workflow, he picked a loaded unit and was expecting a larger discount). He googles & goes to the OEM site. He thinks that if he can buy a lesser trim and add some cool features he'll save some cash. On the OEM site, he custom builds the SUV to his preferences, then he wants to use this custom config & click a button to find matches at dealerships in his market... #FAIL. He tries 3-5 times on OEM site and gives up. He googles another dealership site and hits another dead end. He's 2+ hours into this, he's tired and giving up on this Consumer Report pick (FYI, this is where using past shopping data to create a personalized visit can reinforce frustration). It's late, he's tired, he's got multiple tabs open, and he's realized he's back to zero and those 3-4hrs are lost.​

High level research resumes on work breaks with googling Car&Driver, MotorTrend, He mentioned US News but he discounted it. These sites narrow his focus to 2 new OEMs and 2 models. Later that eve, on google he discovers CarGurus and this makes a significant impact to his "not used cars" planning. I see him using 'Gurus site almost exclusively this eve.​

Today, it's been 2 days since Day 6. No forward movement.

He has 2 outside sources pushing him. #1) My wife is an ex-car sales gal, she told him to buy at the end of the month (mngrs deal more aggressively). #2). His trade has 95,000 miles and he's been told >100k is a tradein negative. He's feeling the pressure to act ​

My summary so far.
My brother is 15 websites and ~7 hours into this. He's getting shopping fatigue. He's fully committed to the internet, but, the internet keeps falling short helping him.

p.s. I see his conclusion coming as clear as day. He is going to be another shopper that will tire from the fragmented shopping UX and abandon the internet and go to the dealer to fill in the gaps. I see this behavior everywhere I look. It's why internet shoppers don't want Digital Retailing ...yet

p.p.s. It's important to point out that the single sessions 2 hours & more were filled with family interruptions. These stops and re-starts caused him to burn up more time trying to recall where he was and regain the workflow.
Last edited: Apr 29, 2016

He seems to be going through quite the process.
Most of my friends/peers fit into 1 of 2 buckets:
Interesting to see how it works for the others.
I very rarely see this much activity from a shopper so I'm excited to see how it turns out.
Show hidden low quality content
You must log in or register to reply here.
Share:
Facebook Twitter Tumblr Email Link