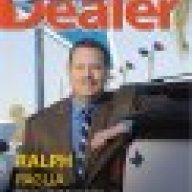 @Dean - I was holding back... I have over 120 Web 2.0, Social Networking, UGC site profiles. The benefit of having a shop in India that can set up dealer's on over 120 sites with domains, links, images, story content, etc. in less than 5 business days. 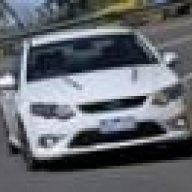 Thought so. I have been following what you have been doing for a little while. I have a fair bit of catching up to do.. Thanks for the follow on Twitter too.
Last edited: Oct 21, 2009 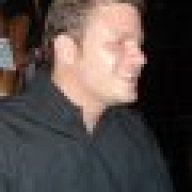 DigitalRalph.com said:
@Dean - I was holding back... I have over 120 Web 2.0, Social Networking, UGC site profiles. The benefit of having a shop in India that can set up dealer's on over 120 sites with domains, links, images, story content, etc. in less than 5 business days.
Click to expand...

Is outsourcing to India common practice at ADP? 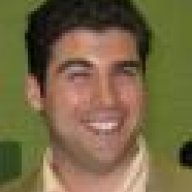 DigitalRalph.com said:
@Dean - I was holding back... I have over 120 Web 2.0, Social Networking, UGC site profiles. The benefit of having a shop in India that can set up dealer's on over 120 sites with domains, links, images, story content, etc. in less than 5 business days.
Click to expand...

Hummm..sounds like social SPAM to me. And it's outsourced..?


Well, lets not take this thread too off topic...continue to showcase your dealers social sites. 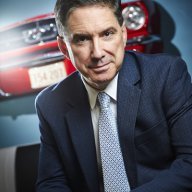 Outsourcing to Inda...I think that was tried and failed 12x over when outsourcers tried to write content or interact with US consumers as if they were Americans. 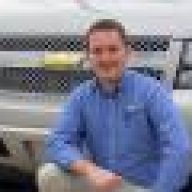 @Brian and Jeff - Shame on both of you for making false ASSumptions... Or, showcasing your lack of due diligence! Where would you get the idea that I was endorsing outsourcing?!?!?! ADP is a multinational global company with tens of thousands of employees in facilities OWNED by ADP and staffed with FULL-TIME ADP employees. Yes, we are a global company... Many of our employees in India, all the European countries, China, the Middle East, Russia, Canada and in over 28 countries have worked for ADP as full time, fully benefited employees for over ten years. They are as much genuine ADP employees as me and all the US based ADP employees.

Outsourcing? Do you even know what outsourcing is?!?! Because if you did , you would not have made such ignorant comments about a global company... By very definition "Outsourcing" is using non-employees to get work done... It is NOT "OUTsourcing" when the work is assigned to INTERNAL long term permanent employees of the same company that is selling the product or providing the services!

How long has ADP outsourced? I have not seen any outsourcing, other than hiring "temps" who later become full time ADP employees. ADP creates jobs!

ADP has operated in over 28 countries for well over 20 years and today does over $9,000,000,000.00 in annual business in those 28 countries. ADP is one of only 4 USA based corporations with a AAA+ credit rating from all major corporate rating services... AND, we have no long term debt! ADP's cost of borrowing, when we do it in the overnight global markets is basically the same rate as the Fed Discount Rate to FDIC insured banks... We don't outsource, we create jobs, damn good jobs, in the USA and over two dozen other countries.

And as for YOU, Mr. Pasch... I seem to recall something you said about having employees in Ecuador, so I find it particularly hypocritical that you would criticize one of the most successful American companies in business today embracing a global strategy while bringing more money and jobs into the USA than it sends out.

I stand by my global family of ADP colleagues who work all over the world and am proud of being on the same team as them, and having the privilege of working in a global enterprise that operates as a team to provide great products and services to car dealers in over 28 countries.

If I had said our Digital Marketing team partnered up with our Canadian ADP employees to get the work done and keep everyone fully employed, would the same sneering and snide remarks have been posted? If deep inside you know the answer is no, then let me introduce you to your own racist prejudices...

Am I over-reacting? My Phd'd wife who is an ASU Professor and reknowned expert in race and gender issues agrees with me, and she is the first person to tell me when i am jumping to false conclusions. In this case, it is you, the people who posted the derogatory statements regarding ADP employees in other countries who made the wrong conclusions, triggered by your own prejudices.

In fact, if selling products and services supplied by global companies based in the USA is such a bad thing, then you all need to get out of the car business, because there is not a single car company selling vehicles in the USA that does not have employees based in other countries...

And one last thing, before I break this keyboard by typing too hard... If setting up profiles, about us pages, memberships, images, videos and participating in more than one social network is spam, then I know for a fact that both of you are guilty of such! There are thousands of UGC, Web 2.0 and Social Networks available, when we help facilitate our dealer's building and maintaining profiles and accounts on 120 of those thousands of sites, we are doing it to achieve the stated objectives. If we need to increase the number to 300, or decrease it to 50 in order to operate more efficiently in achieving those objectives, then we will make those adjustments.

If you two professionals really believe you have all the answers to what will work best for dealers with social media marketing, then you are both delusional. My team works hard for the dealers we serve and we will leverage global ADP resources if that is what it takes to provide our dealers with a competitive advantage. Heck, we may even hire MORE full time employees to get the job done, because that's one of the nice outcomes of doing a good job for dealers... We create more jobs.

Woa.... Easy there Ralph. You created the communication error.


outsourced - Obtained by outsourcing; Having ones employment transferred to a third party
define: outsourcing - Google Search