The misconception about millennials

Loving the positive conversations and talking points coming from this.
Reactions: Alexander Lau

I think the biggest problem in our generation is a lack of accountability. Which stems directly from influence, and an overall shift in perception of what is normal and what isn't. Not to say that we're not at fault, because we can be. But a person is TRULY a product of their environment.

Due to lax parenting styles, what was once broadly considered discipline which is now considered abuse, and an overall desire to gratify so instantaneously. We've fueled the MOST unproductive, unaccountable, terribly mannered, uneducated, immoral, unfaithful, unhappy, unwise, irrational, lustful, and distasteful humans to ever exist.

Truly, our generation may be one of the most lost generations there ever was. With heavy drug/alcohol use no longer an abnormality, marriage becoming less appealing and incredibly unfaithful, conflict and drama preferred over resolve and happiness, I'm here to say there's something missing.. And that's true happiness and contentedness - not to be confused with being complacent.

I don't know about you, but I feel like a 40 year old in a 24 year old body. For a decade I've felt so displaced from my peers, almost as if I never belonged in this generation. I do so much self reflection, we discovered a black hole today: 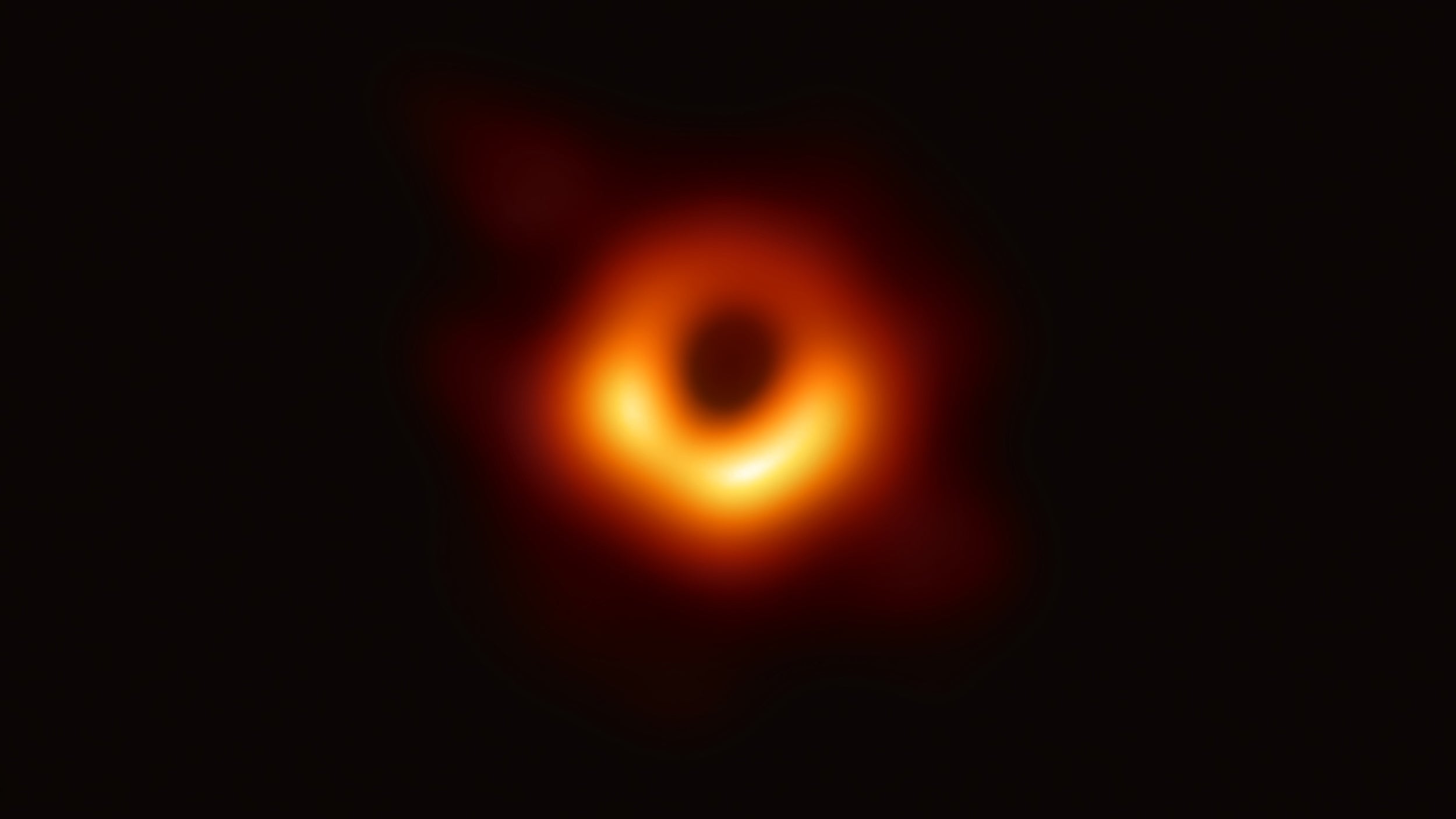 As an Elder Millennial, I've got to chime in (born in 1987). I can completely respect your feelings that our generation may be "lost" but by having all of these feelings aren't you playing into exactly what we are discussing? Other generations see us as the generation that reacts purely on emotion, hence the reason for the generalized bad rap in the workplace.

At the end of the day - everyone, no matter their age, are in different stages of their career journey and are bringing different experiences to the table.

Mentorship and development is what can make real change (in any industry). Unfortunately for automotive, little is told to millennials as to the amazing work benefits, career development, possibilities for advancement in the automotive industry. I encourage those that have been around the block a few more times than us to share their experiences! We can learn from you.
Reactions: Marebito, john.quinn, craigh and 1 other person

craigh said:
What the media loves to do is show you how life is in California and then build biases based on that.
Click to expand...

Love the bullet points, and I can say I'm with you on all of them. Actions truly do speak louder than words!

I struggle sometimes with working hard but not bringing cool accomplishments up with my team. Learning to market and advocate for yourself is a big step in proving your worth. It's a combination of putting the work in AND getting the right eyes (your boss, boss's boss, etc) on your work, and less about talking a big game.
Reactions: TabFlythe and craigh

Millennials you say? I've been alive for nearly a Millenia!
Reactions: Alexander Lau

The reality is that Millennials are the largest participants in the labor market. They are not a small demographic that is participating in the workforce. Furthermore, by age groups, a larger percentage of individuals within the millennial demographic participate in the labor force than other age groups. This doesn't align with the notion that millennials are 'lazy' when they are in fact more likely to be employed than other age-based cohorts.

https://www.pewresearch.org/fact-tank/2018/04/11/millennials-largest-generation-us-labor-force/
https://www.bls.gov/emp/tables/civilian-labor-force-participation-rate.htm
These are economic factors that can't be blamed on Millennials themselves. Decades of irresponsible fiscal and monetary policy have caused for an economy with weak fundamentals from before Millennials were participating in the labor market. With wages having remained stagnant over the past few decades while costs of education, housing, and living in general have skyrocketed.

In addition to this, the 78% of Americans are living paycheck to paycheck, indicating that Millennials are doing better in this regard than other generations

https://www.usnews.com/news/the-rep...jority-of-americans-live-paycheck-to-paycheck
You should have picked Tide Pods as the argument here. Rates of smoking actual cigarettes are lowest among millennials aside from individuals 65+ (Smokers probably died before making it into this age bracket) https://www.cdc.gov/tobacco/data_statistics/fact_sheets/adult_data/cig_smoking/index.htm . Smoking is more closely associated with socioeconomic factors rather than age alone, and although vaping is not safe, it is objectively less harmful than smoking tobacco.
The article you share references the prior average of 23 (for males) being a statistic from 1965 when the average life expectancy was 66.8 years. The life expectancy for males in 2019 is 79 in the USA, and 82 in Canada. That means that the average marriage age in 1965 was when a male was 34.4% through their life. With today's life expectancy that would be 37.9% (USA) and 36.6% (Canada) which is a marginal difference.

This is also a poor point to try to paint an entire generation negatively when there have also been significant cultural shifts which would be naive to pin on millenials alone.

When they finally showed up to vote, they elected AOC
Fair.
This is inaccurate to pin on Millenials themselves. More likely, Social media is accountable for allowing the spread of misinformation and creation of so-called echo chambers. However, interesting to note is that Anti-vaxxers are more likely to be:
- Men
- Low Income
- 45-54 years old
- Residing in Rural locations
https://qz.com/355398/the-average-anti-vaxxer-is-probably-not-who-you-think-she-is/
Although this is a trend, it will always be most easy to pinpoint sentiment in regards to how education should be funded on the demographic that is most actively involved in pursuing higher education. At the same time however, it is also starting to become more common for students to make other arragngments to fund their education - including having employers and investors pay the costs in exchange for a percentage of future earnings, allowing for the funding of education to be more of an equity market than a debt market

I'm down for Millenial bashing, but there is a difference between understanding and marginalizing.
Reactions: EmilyDA and craigh

TabFlythe said:
Unfortunately for automotive, little is told to millennials...
Click to expand...

This is NOT generational, trust me. Automotive has always been a sink-or-swim career opportunity. You either figure it out, or you don't. Most don't. (They leave after two years to start software companies... LOL)
Last edited by a moderator: Apr 12, 2019
Reactions: Christine Plunkett and Alexander Lau

EmilyDA said:
"We're not the generation that wanted a trophy for participation, we're the generation whose parents demanded we get one."
Click to expand...

While this statement certainly plays into the "don't blame me, blame my parents" quip I mentioned above, there's actually quite a bit of truth here... not that parents are to blame (any more than any other generations of parents ruining their kids... GUILTY here!), but there is a BIG difference in the way Boomers, GenX and Millennials grew-up:

Boomers and X'ers share one thing in common. When school was over, you got home, dropped your books, said "Hi" to Mom at the same time you were saying "Bye" and you were out the door as she was yelling "Be home at 5:00 for dinner!" After dinner and clearing the table, Mom's next shouted instructions were "be home before dark!"

Your social cues were learned and earned on your own. You fought your own battles. There was a neighborhood, and there was a pecking order in the neighborhood. You won on your own, you lost on your own, you grew equally from pleasure and pain. The word "No" was an acceptable member of the vocabulary. I think it would be hard to argue this childhood socialization phenomena helped prepare young adults for the workforce, a.k.a., the "real" world.

Certainly, times have changed. I think about this often: I don't drop my kids off at practice... I sit and watch practice. When did that change? Parents accompany kids to the school bus stop, and greet their kids at the bus stop after school. Chaperone's at bus stop??!!! Kids don't have the opportunity to fight their own battles anymore; Mom and Dad are there, constantly, helicoptering. Is it Mom & Dad's fault? The kids fault? Hard to argue blame/fault... it just is.

But there have been consequences.
Last edited: Apr 12, 2019
Reactions: Alex Snyder and craigh

We as humans love to hate and since it isnt acceptable to hate on race or gender anymore we move to generations. It's all ignorance IMO

I know this isn't a misconception... and I doubt most care, but they will if their culture takes itself into future generations. They'll look back and say... "fuck were we dumb!"

The actual message being sent to Millennials is “the world is going to end in 12 years, so you should think twice before bringing kids into this world.”